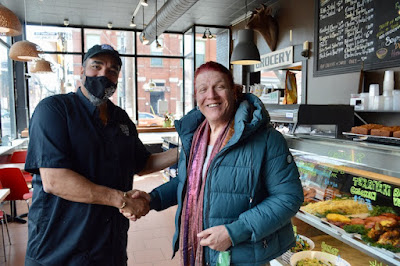 Ms Ward is our provincial Green Party candidate.  She’s self-employed, working on new product development in financial services and the digital economy. She comes from a family who’re ready to work for change - her mother in England was a candidate for London City Council at 84 years old and her daughter is running for the Greens in Niagara West.

As you can see in the photo at St Jamestown Steak & Chops (516 Parliament), she’s a comfortable campaigner who likes other people and she has fun doing it.  We sat down in the Deli there and talked about the coming election.

She believes that Toronto Centre is winnable for the Greens with its progressive, smart and strategic voters.  With 90% of Canada’s population living in cities, she thinks that we need to figure out what works in Toronto Centre and will work everywhere. Throughout the campaign, we can expect her to be forceful and interesting. Contact her at her website, by email, on Facebook and at Twitter. 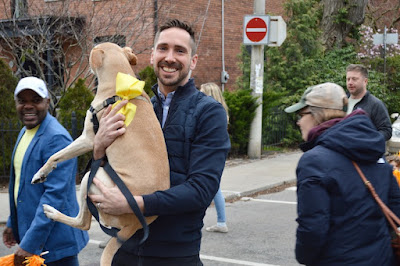 David is a consultant working on client relations in a health technology company.   He’s a Toronto Centre resident.  Four years ago, he was the Liberal candidate against Suze Morrison. He was re-nominated for this election in September 2020 and he’s been everywhere in Toronto Centre since then.

He ranks covid-related worries, rent control and housing prices among the chief local concerns. The Ford government’s use of Ministerial Zoning Orders (MZO’s) shows the need for their reform and careful use.  He wants zoning reform to enable more flexible housing in basements and laneways.

Asked about ongoing problems at Dundas and Sherbourne, he points to the need for a wider range of services there dealing with housing, mental health and food security.  He believes that too many services are being dumped into Toronto Centre and they need to be scattered more widely across the city.

He wants Metrolinx to slow down with its plans for subway stations on the First Parliament site at King and Parliament and at Moss Park.  Local residents deserve a voice in the planning. 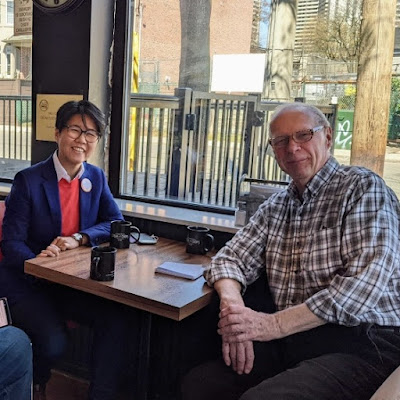 Our interview - Saturday May 7

I sat down with Ms Wong-Tam on Saturday May 7 to talk about her career and her hopes for Toronto Centre Provincial Riding. Asked which three achievements she ranked as her best contributions as our former City Councillor, she listed the redesigning plan for Yonge Street, her work with the Indigenous community and the revitalization plan for Dundas and Sherbourne. She feels that this is the right time for her move to provincial politics after 12 years at Council. She isn’t afraid of the powerful Liberal attraction for Toronto Centre voters.  She isn’t worried about opinion polls showing that Liberals are leading in Toronto ridings.  She thinks that the NDP’s 2018 victory has created its own deep loyalties. She believes that the NDP’s platform offers the right progressive fit for voters here. She was described by Mayor John Tory as the “conscience” of City Council and she’ll continue that role at Queen’s Park. 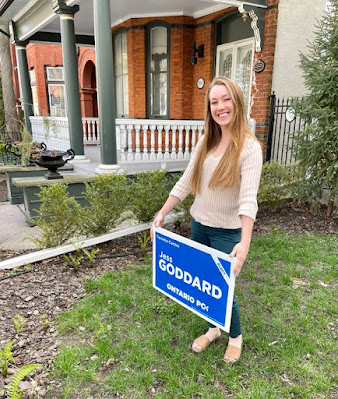 Through her campaign manager Tanu Chopra, Ms Goddard declined the opportunity to sit down and discuss Toronto Centre issues.

Back to:
CABBAGETOWN NEIGHBOURHOOD REVIEW
Posted by Cabbagetown Review at 10:46 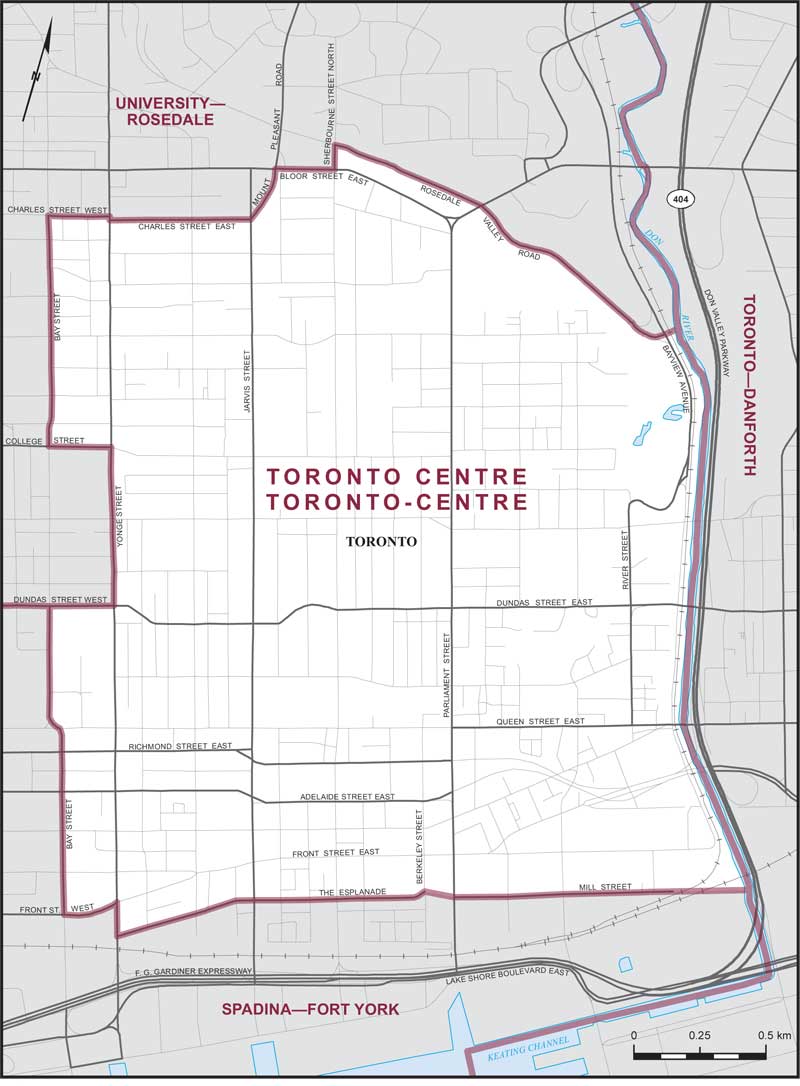 Thursday June 2, 9 am to 9 pm. For info about voting, candidates and locations, click on the image.

We'll email you every week about our Newsletter. It's a convenient way to keep up-to-date. And please send us your announcements, reactions to our stories and suggestions for future stories.
cabbagetownreview@gmail.com